A solid tool for backtesting, but it still feels semi-finished. It can quite easily be replicated in excel. If you are looking for a tool to run simple back and forward tests, TraderEdge is a solid option but a bit expensive for what you get.

If you are an active daytrader, you are probably (hopefully)familiar with the concept of backtesting. In this post I will take a closer look at a tool to help you with the process of backtesting – TraderEdge.

and start backtesting you trading strategies

TraderEdge
Backtesting is the general method for seeing how well a strategy or model would have done ex-post. Backtesting assesses the viability of a trading strategy by discovering how it would play out using historical data. If backtesting works, traders and analysts may have the confidence to employ it going forward.
investopedia

There are various tools to help you with backtesting. You can automate the process in tradingview if you are skilled in pinescript, or you can do it manually with an excel sheet. A popular option is the tool ForexTester. In the latest version 5, you can execute backtests on a total of 860 instruments (including crypto). But there is a new player in town named TraderEdge, and that is what I will review in this post.

TraderEdge is a web app to help you make the backtesting process very simple. If you have stumbled upon Trader IQ on youtube, you have probably seen him use this tool. He uses it to backtest all of his various trading strategies.

Backtest & Journal all Your Trades Backtesting your indicators and strategies has never been easier. Get up to 3X faster results than using spreadsheets. Plus, our journaling feature gives you an edge over the competition. Backtesting with TraderEdge is 3X more efficient than traditional methods like spreadsheets. For each backtest get data related to important metrics like profit factor, average winning and losing trades, as well as an "EdgeScore" that grades the worth of your backtest. Easily store and save all your backtesting data. Built-in profit & loss calendar / trade journal. Track and analyse your monthly and weekly performance.
TraderEdge

In addition to the backtesting feature, TraderEdge also gives you access to a strategy library that allows you to easily store and save all the backtesting data. You also get access to a P&L calendar and trade journal to keep track of your historical performance.

First of all, you can get a 7-day free trial with TraderEdge. This will give you access to everything you would get as a paid member. If you don't find value in TraderEdge, you can cancel your subscription before the trial ends, and you won't pay anything.

If you want to continue using TraderEdge, you have two options. You can either pay for monthly access for $34/month or save 38% by paying $252 for a yearly membership.

Once you pay for access, you also have 30 days to ask for a refund.

Not much to complain about here. Once you sign up, you will be directed to a site with an intro video, where you can see how to use the backtesting feature. I have pasted the video below.

On the home screen, you get an overview of your historical performance. The data is pulled from the PnL Calendar. On the left is a navigation sidebar, where you can access the different sections of TraderEdge. At the top, you can change between light and dark mode. Below is your account balance which you can amend as you please. The first section in the sidebar is home. Below this, you got access to the Backtester, strategy library, PnL Calendar, Position Calculator, Indicators & Stats, Inbox, and finally, a sign-out option and access to your settings. On the home screen, there is a total of four widgets. You can see a calendar showing your current month, with profitable days highlighted in green and losing days highlighted in red. Next to this is the Trading Metrics widget, giving you a snapshot of your trading performance based on the win-loss ratio, the total amount of trades, and your total PnL. Below the trading metrics widget, we got the Account balance Graph, which is based on your account balance, and the data you add to your PnL calendar. Finally, on the right, we got a widget showing a graph of some of the most popular instruments.

The backtester section is split into six widgets. Let's take them one by one. In the first widget, you got the option to save your backtest. When you hit save, it will be saved under the Strategy Library section, with a default name of “strategy (x).” The reset button will reset your current backtest and let you start over. You can choose if you want to backtest to be percentage or Dollar based. The next widget lets you set the initial starting amount for the backtest. You can then add a % or USD amount into the profit and loss sections and hit those based on the trade outcome from the strategy you are backtesting. The three remaining widgets will give you stats on your strategy.

Winrate: Ratio of winning trades to losing trades, in percent.

PnL: Total profit or loss from all trades, in % or USD

Total Trades: The total amount of trades entered in the backtest.

Profit Factor: Profit factor is a number with values greater than one that indicates a profitable system. The profit factor is a result of gross profit divided by gross loss. For example, if I have 12 winning trades, each resulting in a 10% return, and 8 losing trades, each resulting in a 5% loss, the profit factor will be 3: (12*10) / (8*5) = 3. TraderEdge writes it the following way: “This performance metric relates the amount of profit per unit of risk, with values greater than one indicating a profitable system“.

EDGE: According to TraderEdge, this is a proprietary metric that they can use to grade the efficacy of your backtest, with 100 being the best rating and 0 being the worst.

Largest Profit Trade: This shows the total return on the most profitable trade.

Largest Loss Trade: This shows the total return on the most unprofitable trade.

Average Win: The average amount won over all profitable trades

Average Loss: The average amount lost over the series of all unprofitable trades.

The final widget in the backtester section is a simple graph showing the historical performance in a visual format. Below is a small window with some auto-generated notes based on your performance. So far, I have seen the following, being shown:

This is a simple library where you can find all your saved backtests, which can be grouped into different folders.

The PnL Calendar is a calendar where you can enter trades in a simple format. This seems to be intended for entering your actual trades / forward testing and not related to backtesting. Think of this as a simple trade journal – a simple version of TraderMake.money (read my review here). In the calendar, you can click on a date, which will open a window where you can enter details about your trading for this particular date. Specifically, you will be able to enter: A summary of all data entered into the calendar will be listed at the top of the calendar. See the snip below.

This section allows you to calculate your position size for a trade, based on your account balance and the % of risk you are willing to take.

I have embeded the widget to the right, so you can see how this works. Simply chose your instrument at the top, and your deposit currency. Enter the planed entry price for the trade and your stop loss level. Finally type in you current account balance and the risk you are willing to take on this particular trade, in percent, and hit the calculate button at the buttom. Once done, it will show you the trade size, and money at risk at the bottom of the window.

This section is, as the name implies, split into two parts; one section where you can see different indicators listed according to their win rate. If you click on any of the indicators, a window with some details will be shown.

The section with strategies will show you precisely this; different strategies and details about their performance. There are also links to youtube videos for further explanation of the strategies, so you can learn how they work and implement them yourself. A couple of thoughts

At this point, I have not been able to get an actual graph on the Account Balance Graph widget, but I expect this may be due to limited data in the PnL calendar.

The widget with the different instruments on the home screen seems a bit pointless, and mainly something added to fill the screen. I would prefer to see more info about my historical trades. For example, add tags to the PnL calendar and a snapshot of this compared to profitable and losing trades as a widget on the home screen.

There is no option to add commission, funding, maker/taker fee, slippage, trade type, etc. Because of this, the backtests won't show you an accurate picture. It will give you a good idea but won't reflect reality.

I think there is a lot of potential in TraderEdge, but at this point, it still feels like a semifinished service.

Many features in TraderEdge can be replicated in excel without much effort. This goes for the backtesting feature, the PnL calendar, and the Position size calculator. I have had a couple of hiccups with the account balance, which does not seem to update correctly based on the data added to the PnL calendar, and I still haven't been able to get the graph on the home screen to show.

On the positive side, I like the idea of keeping this kind of data in a web app compared to an excel sheet – both backtesting and forward tests. If you don't know your way around excel or don't want to spend time building something similar to this app, TraderEdge is an excellent and easy way to get started with back and forward testing. The design is neat and undoubtedly more appealing than a dull excel sheet. The Edge score may be a useful figure to help you apprehend the strategy you are testing – at this point, I have not executed enough backtests to give a fair opinion on this. I enjoy the indicators and strategies section, and I think there is a lot of potential here when more data and details are added.

If you want a simple combination of forex tester and tradermake.money, TraderEdge may be what you need.

BTC Trades for the end of September 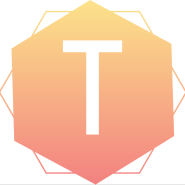